How Sensory Deprivation and Floating Impacts The Brain

What Is a Sensory Deprivation Tank?

A sensory deprivation tank, also called an isolation tank or flotation tank, is used for restricted environmental stimulation therapy (REST). It is a dark, soundproof tank that is filled with a foot or less of salt water.

The first tank was designed in 1954 by John C. Lilly, an American physician and neuroscientist. He designed the tank to study the origins of consciousness by cutting off all external stimuli.

His research took a controversial turn in the 1960s. That’s when he began experimenting with sensory deprivation while under the effects of LSD, a hallucinogenic, and ketamine, a fast-acting anesthetic that is known for its ability to sedate and create a trance-like state.

In the 1970s, commercial float tanks were created and began being studied for possible health benefits. These days, finding a sensory deprivation tank is easy, with float centers and spas offering float therapy all over the world.

Their increase in popularity may be due in part to the scientific evidence. Studies suggest time spent floating in a sensory deprivation tank may have some benefits in healthy people, such as muscle relaxation, better sleep, decrease in pain, and decreased stress and anxiety.

The water in a sensory deprivation tank is heated to skin temperature and nearly saturated with Epsom salt (magnesium sulfate), providing buoyancy so you float more easily.

You enter the tank nude and are cut off from all outside stimulation, including sound, sight, and gravity when the tank’s lid or door is closed. As you float weightless in the silence and darkness, the brain is supposed to enter into a deeply relaxed state.

Sensory deprivation tank therapy is said to produce several effects on the brain, ranging from hallucinations to enhanced creativity.

Can I Have Hallucinations In a Sensory Deprivation Tank?

A 2015 study divided 46 people into two groups based on how prone they were to hallucinations. Researchers found that sensory deprivation induced similar experiences in both the high- and low-prone groups, and it increased the frequency of hallucinations in those in the high-prone group. 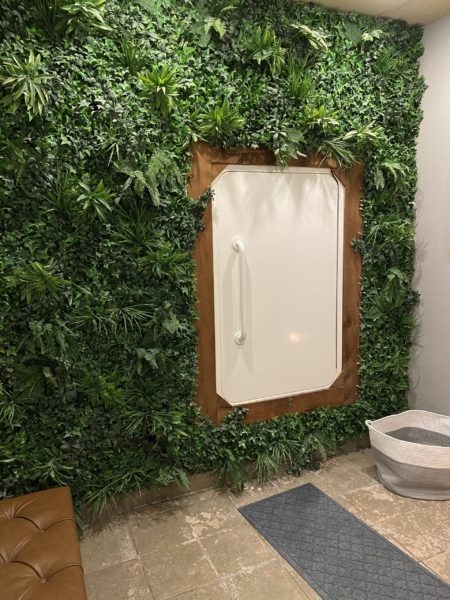 Flotation-REST has been found to be effective in reducing anxiety. A 2018 study showed that a single one-hour session in a sensory deprivation tank was capable of a significant reduction in anxiety and improvement in mood in the 50 participants with stress- and anxiety-related disorders.

A 2016 study of 46 people who self-reported generalized anxiety disorder (GAD) found that it reduced GAD symptoms, such as depression, sleep difficulties, irritability, and fatigue.

The effect of sensory deprivation tank therapy on chronic pain has been confirmed by several studies. It is shown to be effective in treating tension headaches, muscle tension, and pain.

A small study of seven participants found it effective in treating whiplash-associated disorders, such as neck pain and stiffness and reduced range of motion. It has also been shown to reduce stress-related pain. 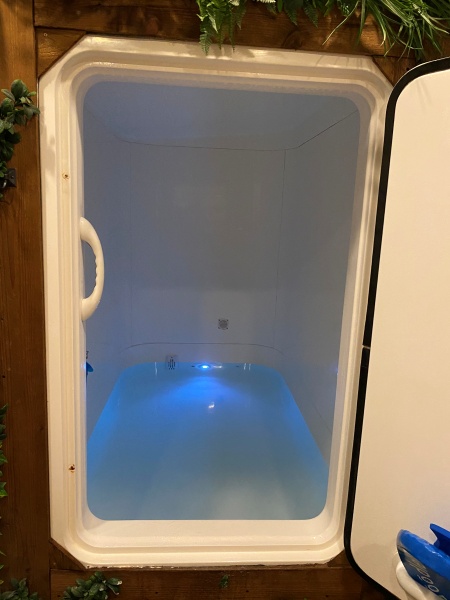 Flotation-REST therapy may improve your cardiovascular health by inducing deep relaxation that reduces stress levels and improves sleep, according to research. Chronic stress and sleep deprivation have been linked to high blood pressure and cardiovascular disease.

Will Floating Improve My Mood?

There are many claims about flotation-REST causing feelings of overwhelming happiness and euphoria. People have reported experiencing mild euphoria, increased well-being, and feeling more optimistic following therapy using a sensory deprivation tank. Others have reported spiritual experiences, deep inner peace, sudden spiritual insight, and feeling as if they were born anew.

When used properly, a sensory deprivation tank may help relieve stress and ease muscle tension and pain. It can also help improve your mood.

Sensory deprivation tanks are generally safe, but it may be a good idea to speak to a doctor before using one if you have any medical conditions or concerns.

We use cookies to ensure that we give you the best experience on our website. If you continue to use this site we will assume that you are happy with it. Ok